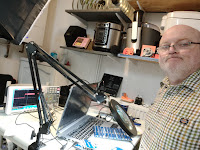 I've been having some fun revisiting the past by putting together a Z80 based 8 bit computer from a commercial kit of parts.
In the picture, the oscilloscope is out and I'm trying to track down a fault with one of the boards which is preventing it from working properly.

It turned out that it was bad soldering on my part. I just knew this was going to be a problem, the main board that all the cards go into must have around 1,000 solder joints on it. I think 3 had to be re-done.

The kit came with CP/M already installed on a Compact Flash card along with a selection of essential utilities so it worked right out of the box. I did some downloads of a Z80 assembler, C compiler, BASIC and Turbo Pascal, all of which worked perfectly.
The computer is now finished and working. It consists of a backplane board into which other cards are plugged in. From left to right, there's:
It runs off 5 volts and consumes only 1 watt of power. It can run a word processor, spreadsheet, database, and as previously mentioned, a selection of development tools.
Circuit diagrams, PCB layouts, Bills of Material and construction guides are all provided on the RC2014 website making it a pain free build.

The seller of these kits is extremely helpful, and there's a Google group to provide support. That's also very helpful and there are some quite talented people on there, some of whom design their own home-made computers and development tools.

It's been working for a week or so, my next task is going to be sorting out a case for it. Much as I like the "open architecture" look in the picture above, I just know I will break something if I leave it like that.

What you'll need to build the kit:

To make it operational, either: 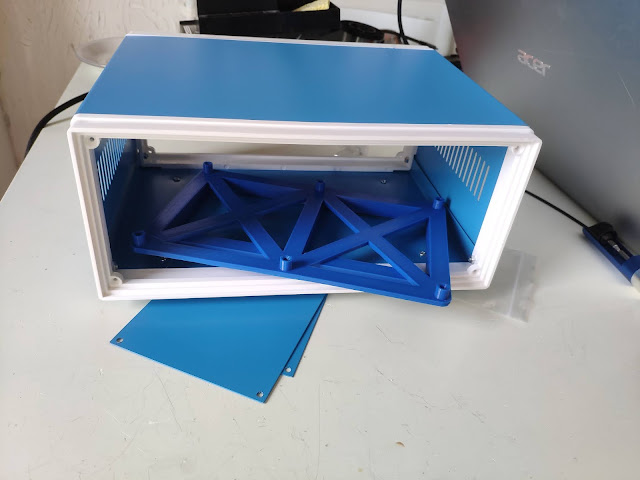 I've recently built a Z80 based computer ( RC2014 ) which was an interesting trip back down memory lane. It's based on a backplane and I knew I would damage something if it wasn't boxed up. So... time to get it boxed. Amazon steel instrument case The steel box in the picture came from Amazon , it was just short of £25 and to be honest I can't see that amount of money there. It looks a little flimsy, but I'm sure it's good enough to do the job. There's a 3D printed cradle that the PCB bolts into, the cradle is simply superglued into the base of the box. The thin steel front and back panels won't be used. 3D printed back panel The back panel is quite a busy affair, lots of connectors and switches on it; hopefully it will look quite neat when finished and everything will fit in the case properly. The Arduino female to female jumper leads in the background will be glued up into 3D printed shell housings to make 0.1" pitch connectors. PCBs wired to the 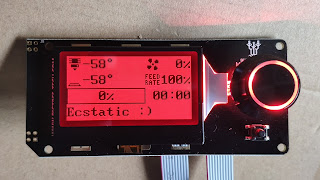 Out of the box, the firmware for the BTT motherboard gives light text on a dark background. I much prefer the look on the right with dark text on a light background. Find out how to change from one to the other .